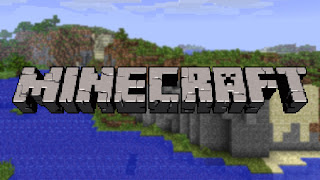 Minecraft is a great game for Creating things. I have created things now, like houses, Tree Houses and even a Roof top for shooting Zombies. It may sound weird but it just felt creative for me. In my house there is so many COOL things that I had created. and I also have a swimming Centre with a Water Slide.

There is so many things that I  could do in my house. But it is really boring being the only one in my world.  Minecraft is the best Creating Game. SO TRY IT!!!
Posted by Sela at 5:38 PM No comments:

Procedural Writing 2 ( How to Score a try) 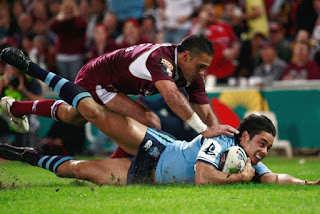 List of Materials
You'll Need these things
1. Rugby Ball
2.  A Person
3. And a Try line.
5. And a Field
6.
Step By Step Guide to get a try!!
Step 1. Catch The Rugby Ball From Team Mate
Step 2.  Then Run with it.
Step 3. Check if your near the Try line and not getting tackles.
Step 4. Stepping through the Opposition.
Step 5. Then get near The try and pass it to your team mate.
Step 6.
Posted by Sela at 11:51 AM 2 comments:

Prcedural Writing ( How to stand on a Chair)

Email ThisBlogThis!Share to TwitterShare to FacebookShare to Pinterest
Labels: How to stand on a Chair, PES, Room 16, Sela, writng a PRcedural Writing

Well if someone mentions Antarctica. You may seem that it has trees and forests, well you're wrong. Most of us might be picturing swept winds Ice and Huge Icebergs. But did you know that long long ago there was no ice in Antarctica? Instead most of the continents were covered in lush forests that teamed up with Animals.

Antarctica is quite different to New Zealand or Australia. Why? As it seems that Antarctica has snow it also is way colder than any other Country or Island around the Globe , also The Antarctic.

Having very cold weather can also catch a Blizzard. Blizzards really scary cause of its Damage to that Country. So did you get any facts about Antarctica???

Great Video!!!! (KSST) The Kid Should See This

Here is a clip that I caught on the site The Kid Should See This. It gave me a opportunity to check out more great videos on that Site. Hope you would enjoy and visit that Site.
Posted by Sela at 7:23 PM 2 comments:

Since it is a  Saturday Rugby games are always held. This time I was at my Cousin and Brother's Rugby Games. There were so man missed Tackles and also they had always Started Fights. `In Rugby Games this kind of thing always happen. Tackles, enjuries and Fights.

But at the end my brother's teams had lost. But Luckily my cousin had WON!! YAY!!
Posted by Sela at 7:13 PM No comments:

Here is a Presentation that my friend and I has made during the Week. We had created this for our DLO ( Digital Learning Object)  I hope you really enjoyed our Slides about Penguins.
Posted by Sela at 7:00 PM No comments:

( Me and Jordenne's Narrative) The Dumb explorer who meets Beyonce.

Once there was a man named Pete. He was an explorer, he was a dumb explorer that had been exploring the forest for YEARS and YEARS. While he was traveling, he suddenly heard music playing out of nowhere. Pete felt happy and started dancing. He hadn’t noticed that voice before.

He tracked the music by his ears. Then he found so many Monkeys dancing. Pete started laughing at them because he said they were no good. Then Pete started showing them how to dance.

Finally he had the chance to walk through the path in the middle that didn’t look bad at all. Walking with damaged body parts Pete started dancing even more and FINALLY saw Beyonce!!! He smelled with shock and also Danced very HARD with her too.
Posted by Sela at 9:40 AM No comments: 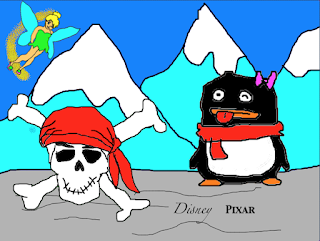 This Term I have been Drawing for Competition that Miss Ouano has held. I have drew this picture to enter her competition. This is all I have done. We were meant to draw a Penguin, Fairy and a Pirate. Hope I WIN!!! 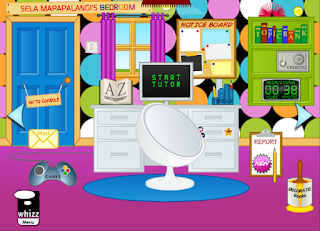 Using Maths Whizz is one of the coolest thing about our School. Why you think its cool. Well in Maths Whizz  you can do so many things like have challenges with other people in the world and also teach yourself. Here is the Link to that Site.  You also have your own bedroom.
Posted by Sela at 2:52 PM 1 comment:

The Crazy Scientist who thought he was tough enough to be in a Blizzard!

listen to ‘Sela's Narrative’ on Audioboo

Huge Blizzards are really scary right. Well some Scientists were visiting Antarctica while out of nowhere a Blizzard had hit. A person named Jack had went out of the building to check how strong was it. By then he had never survived back. .  The Scientists had tried looking for him everywhere in Antarctica, but never had any Luck..

Jack had woke up and was trying to figure out where he was. He had lay on a big block of ice near the beach.  “ Ohh Noo I think that I have been caught in a Blizzard a Huge one” Jack said with shock. Then he layed back down and went back to Sleep.

While yelling everywhere for any sign of Scientists he said  " Hello anyone gonna Look for me" Jack said. Then all the bunch of Scientists had came to Emperor land. They had been shocked seeing Jack with Penguins. So then Jack scientists happy to get some information from Emperor Penguins. Hope that Jack wouldn't went into the Blizzard.!!

Thanks to Ana for Editing my writing.