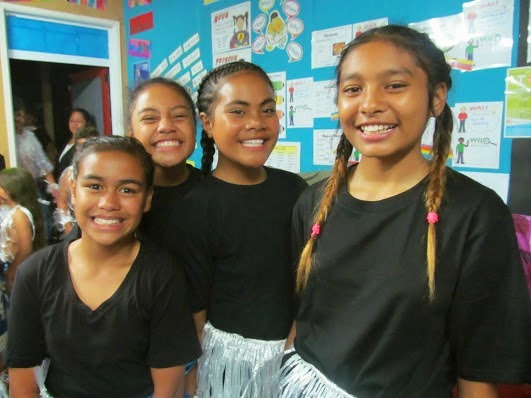 Before the Day ends I would like to say a HUGE Happy Birthday to one of my closest friends Grace. She is now 13 years of age. HAPPY BIRTHDAY GRACE have a blessed day. May God Bless you. Over in Australia. We all Miss you. I hope I could say this to your face but you aren't here. Have a blessed day and Spoiled day Gracie. May God bless you and your family. <3 Happy Birthday Gracie. Sad you had to leave Pt England though. WE Miss you Gracie. Happy Birthday <3

5 Facts that I already know about the Commonwealth Games:


10 new facts that I found out about the Commonwealth Games: (include a link to the site where you found your information. Your information needs to be in your own words)

Immersion assembly on Monday was a great start to the term.
This term we will be learning about the Commonwealth games. Since our topic will be GAME ON!!

Every year and term, immersion assembly is the very first assembly that is held for the term. Items are performed by the teachers, And there were also movies that were created.

Like items by Team 1, 2 and 3 had been about sports. For team 2’s Item they had created a movie  about the sports in the Commonwealth games. Like netball and and Rugby. It was performed by Mrs Mackinley-Haigh, Ms Eadie, Mrs She and Ms Dwyer.

Sitting in the hall watching their movie was quite funny and entertaining.They even used a Ruler for Javelin. And a cardboard box for Shot put that was cut in a circle.

I also enjoyed watching Team 4 and 5’s items. Team 4’s item was about inventing a new event in the Commonwealth games. They called it ‘Mashed Potato Sculpting’.